Took Aiden to the park last week for about an hour. It was a park that I grew up around and I noticed it had changed a lot over the years. Demographics aside, they had added more play equipment and the building was locked up like Fort Knox. I found that out when Aiden announced that he had to use the bathroom and we were forced to leave. Too bad they can't have something that wouldn't be vandalized that people could access for a reasonable request like using a restroom. 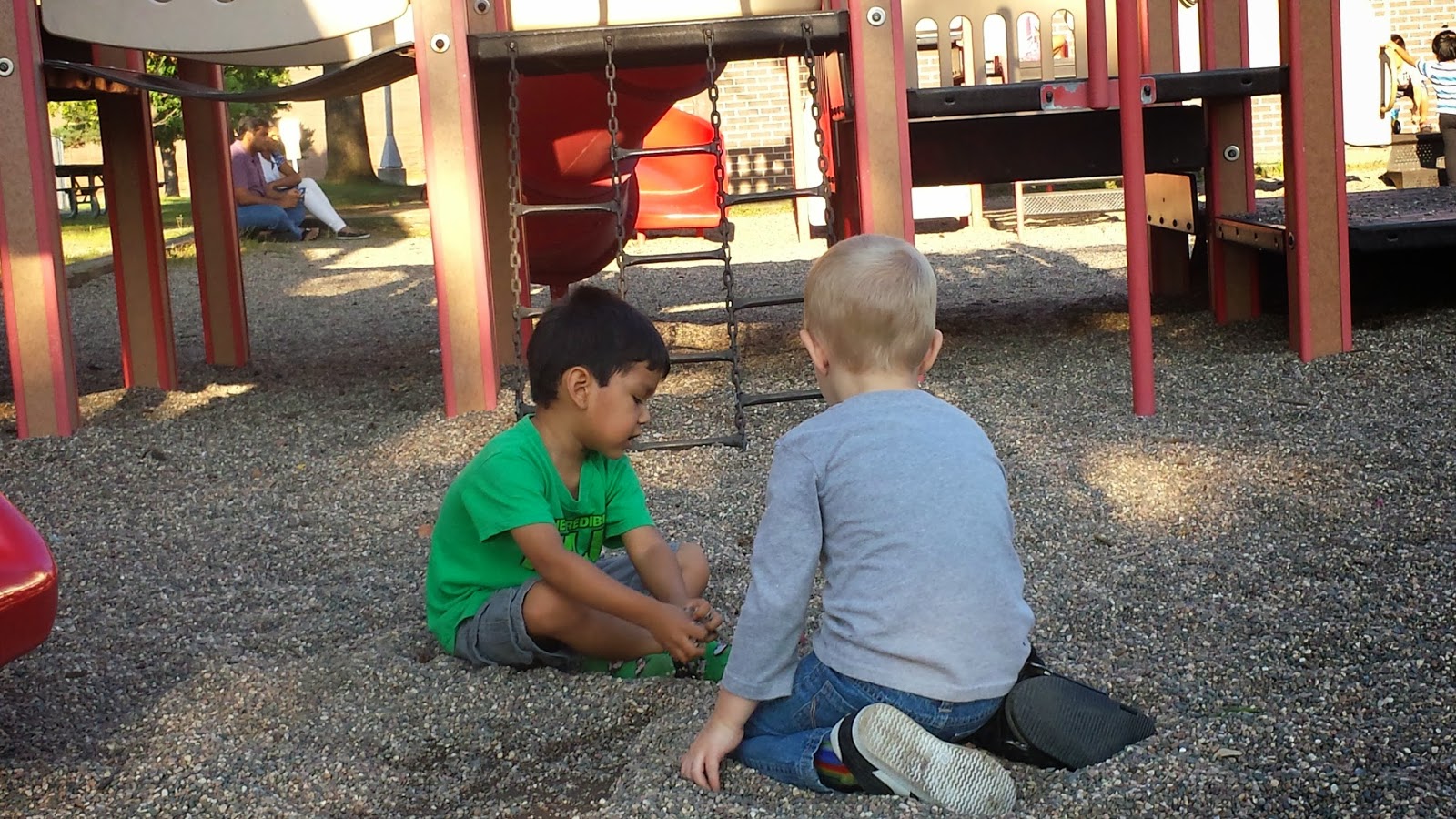 Anyway, I named my post "Diversity" because the playground had about 35 kids with parents there and Aiden and I were the only two that were white and didn't speak Spanish. It is amazing how children can look past limitations and still have lots of fun and can interact in ways we wouldn't think of. One little boy latched onto Aiden, leading him into all kinds of games on the playground equipment. The only English his mother said he knew was "hey boy" which worked for Aiden. You'd never say that to a black kid. Amazing. 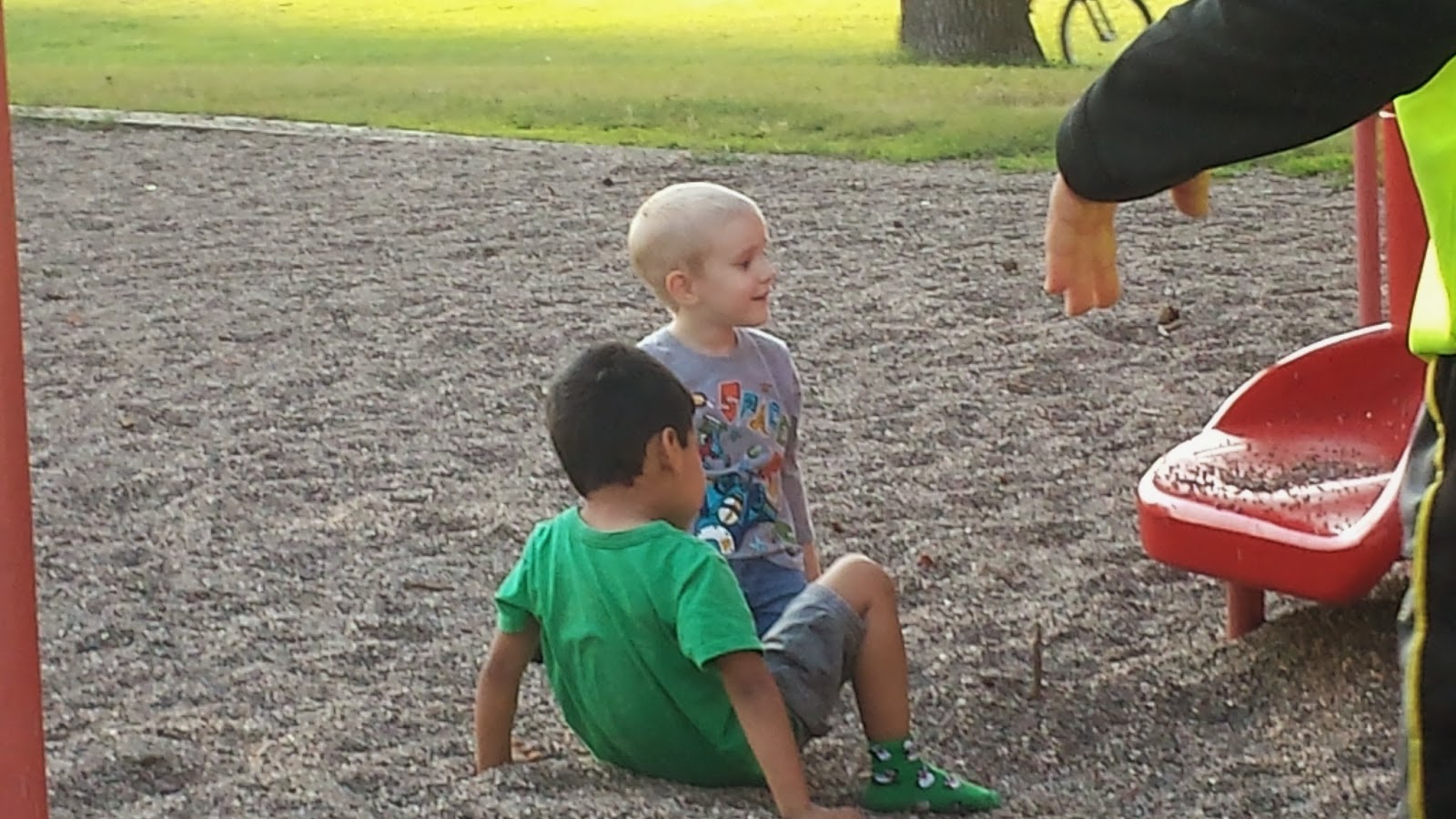 Posted by Unknown at 2:06 PM No comments:

Made another trip to Centennial Lakes Park a couple weeks ago. This time I decided to take Aiden since I had asked to have some time with him. I had a definite plan to ride on the paddle boats and look at the ducks, etc. The paddle boats were fun although he has a boot on due to a fractured foot (fell off a slip n' slide that was elevated somehow) and his feet were too short to paddle so I had a real workout keeping us moving. They charge by the half hour so we decided after that to head back to the car. 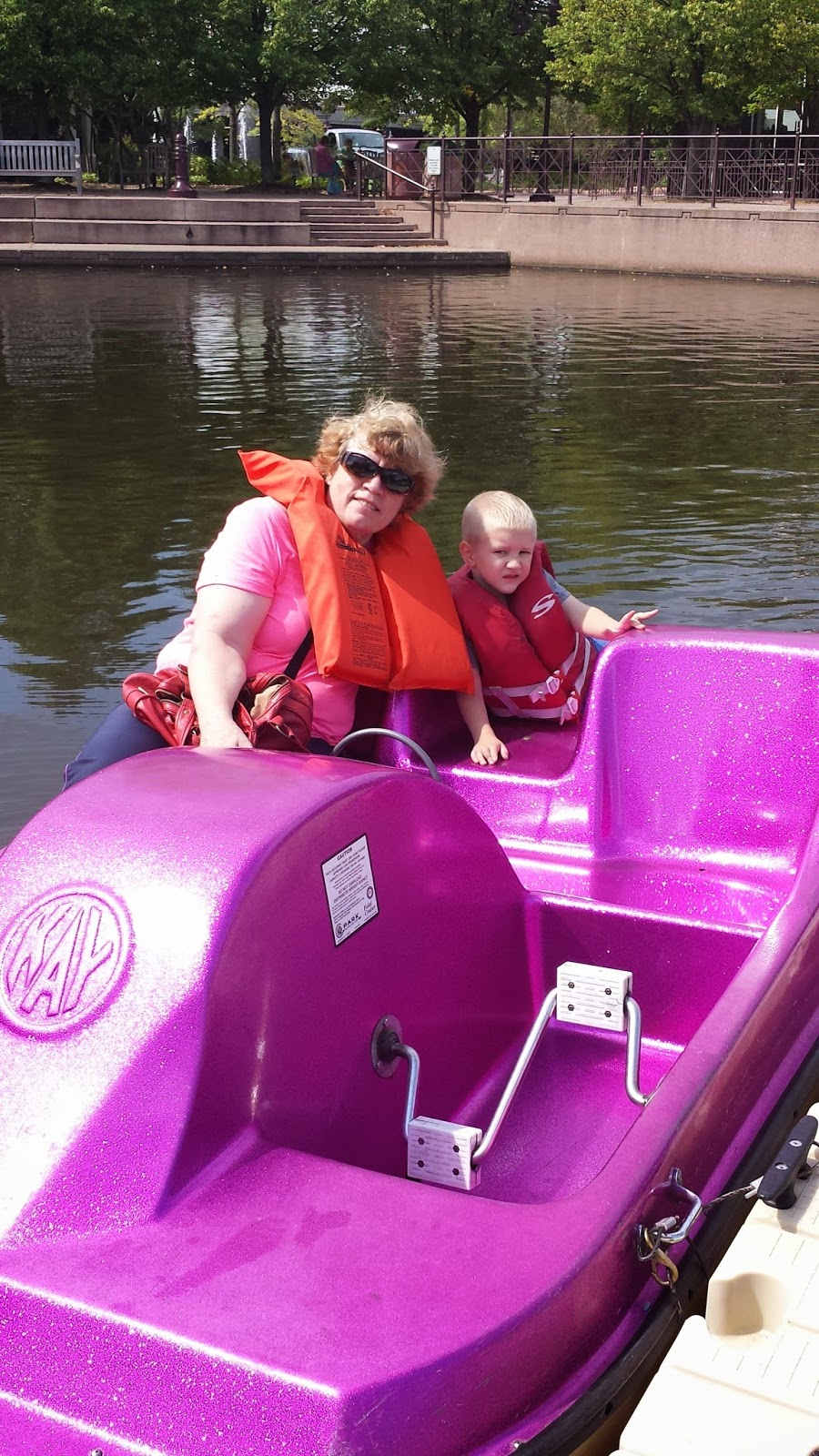 Unfortunately I parked waaay to far from where I was suppose to park so carrying him was a difficult endeavor. We did the piggyback way, the front carry and then he wanted to be on my shoulders. I still don't believe it but I lifted him up all the way and over my head onto my shoulders. I guess those free weights I throw around at L.A. Fitness paid off.  It was the easiest way for us to maneuver through the park. After that we went back to my house and made cookies; one of Aiden's more enjoyable endeavors; esp with a broken foot.
﻿ I continue to plan outings with him and will eventually have some time with Elie as well. I have a Pack & Play in my back room for naps so I guess that makes me official! 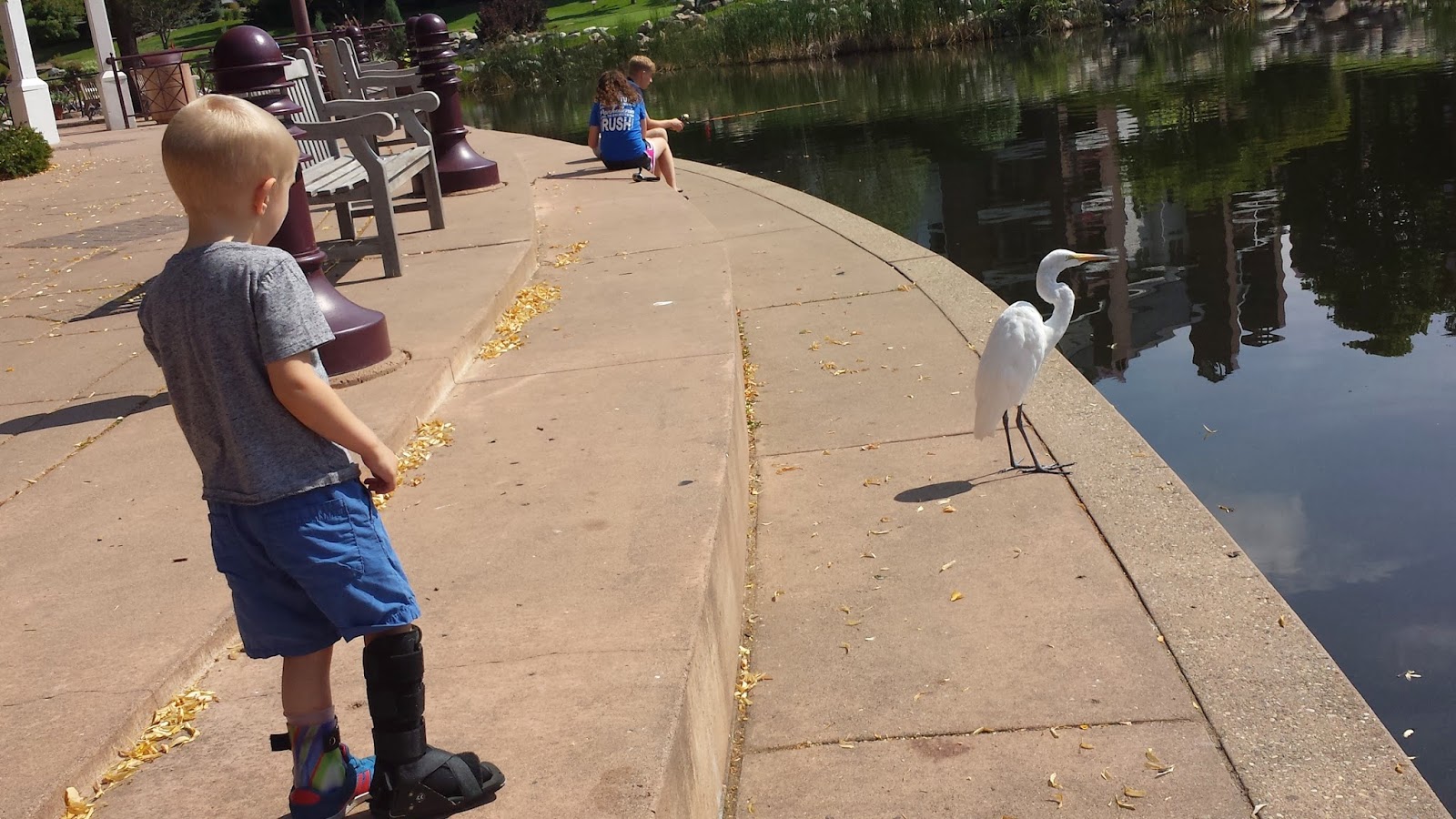 Posted by Unknown at 7:54 PM No comments: