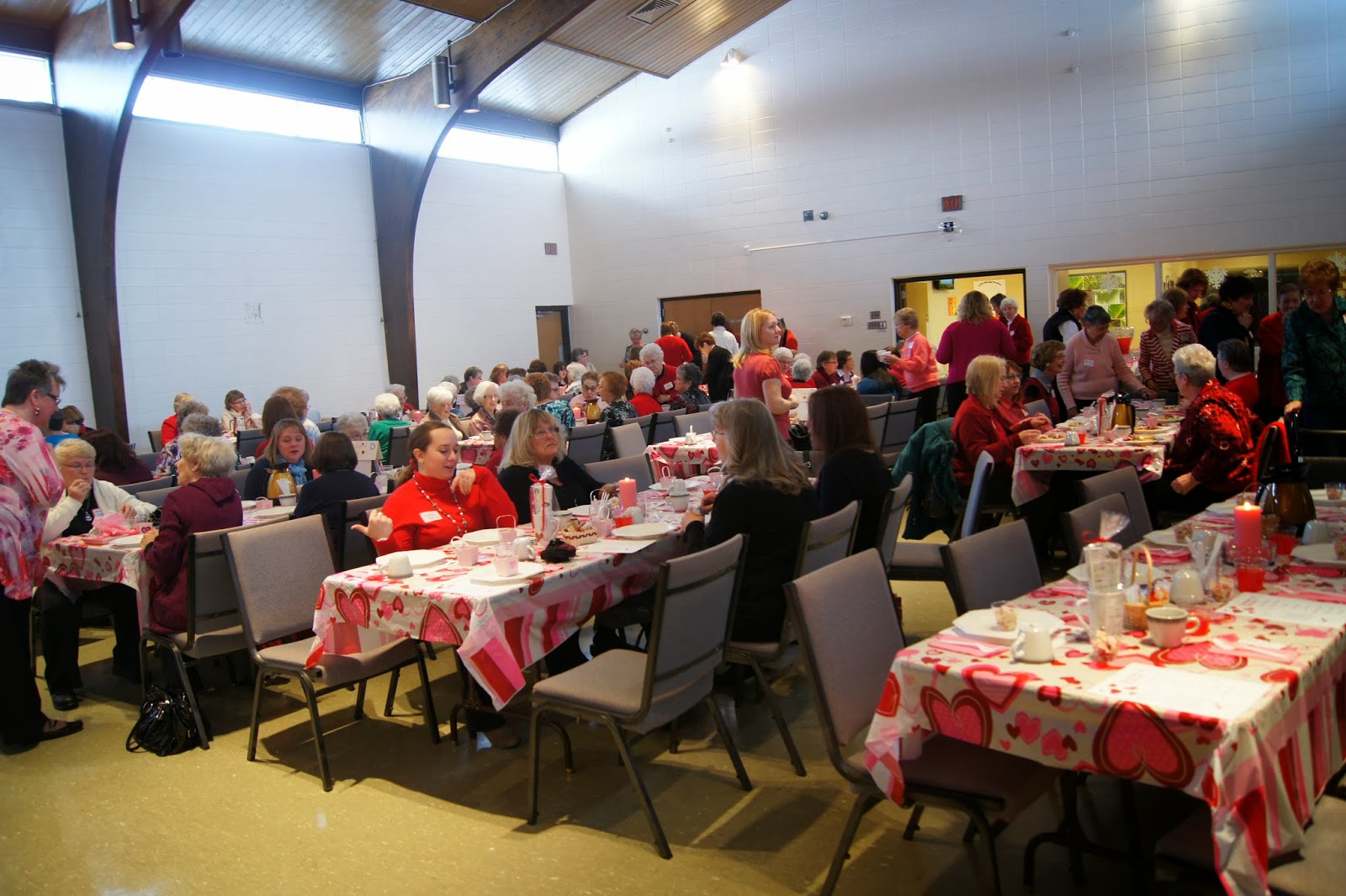 Even though Valentines Day is past I wanted to post a note about a luncheon I attended. After viewing the pictures and hearing the visiting humorist talk that went with the lunch I decided that it was worth mention. 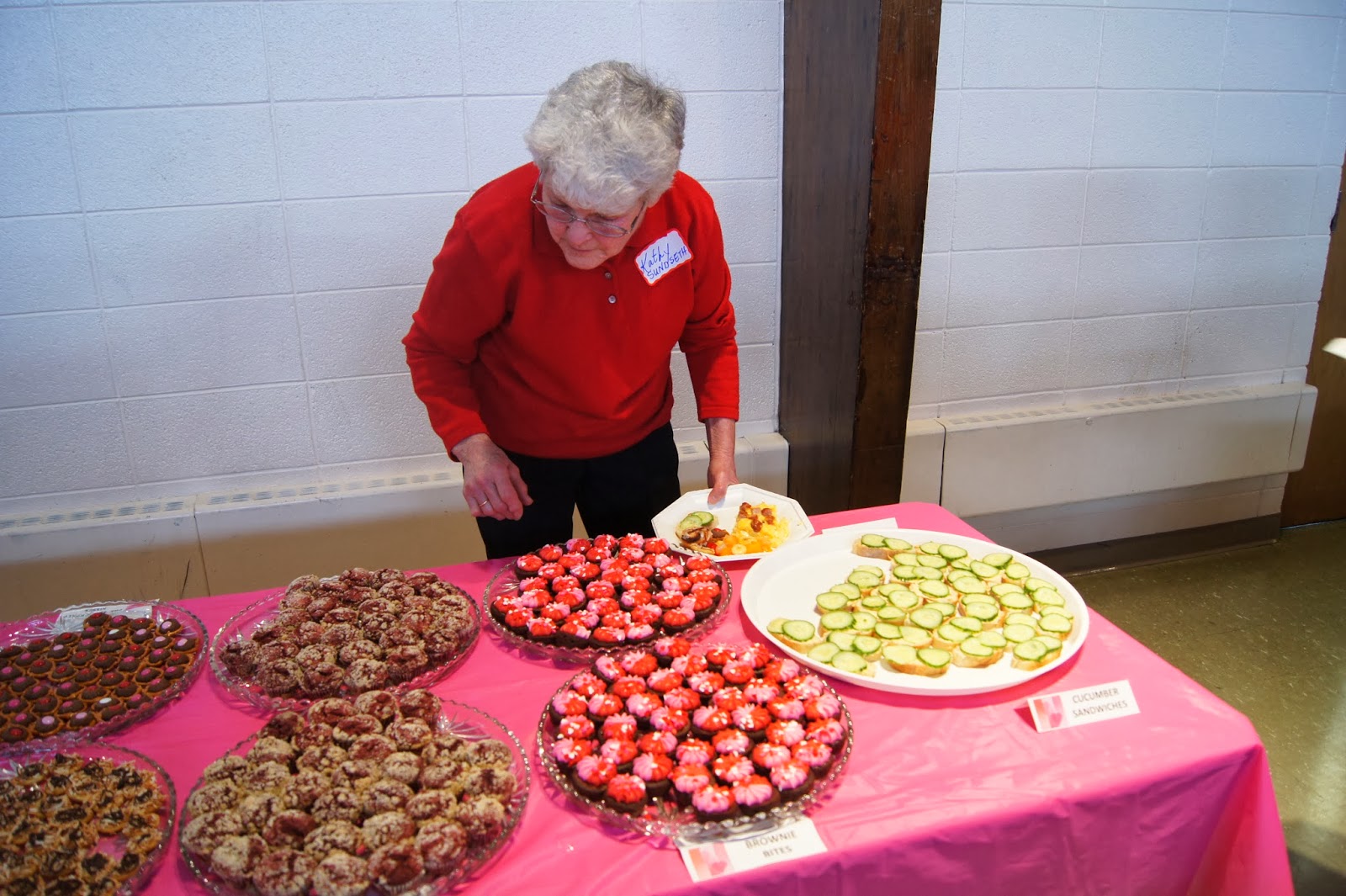 My friend Kathy invites me each year to a annual "tea" at her church. The speakers are wonderful and it makes for a nice early luncheon day with friends. It is held at her church and they serve beverages and a small lunch. These women go to a lot of trouble to put this together and they do a great job. Last year was a woman that did a quilt history of her mother who was on the Orphan Train. "The Orphan Train Movement was a supervised welfare program that transported orphaned and homeless children from crowded Eastern cities of the United States to foster homes located largely in rural areas of the Midwest. The orphan trains operated between 1853 and 1929, relocating about 250,000 orphaned, abandoned, or homeless children." (From Wikipedia, the free encyclopedia).
This year was a humorist that has written several volumes that enrich the Norwegian Lutheran heritage.  Special Speaker was  Janet Martin, co-author of the book that inspired Troupe America's five Church Basement Ladies Musical Comedies. She was wonderful!  After asking if there were any Catholics in the room I was the only one and she had some fun with me as well by sharing the cross differences of Catholics and Lutherans. I had a great time with great friends.


Forgot my faithful readers that do not have Facebook. I will make this short and sweet (for Valentine's Day). Created some pics of Bandit for the day. My day was wonderful. It included candy, flowers and a card from my favorite man (not Bandit). We were going to go out for dinner but since both of us hate crowds we opted for a meal at home and some Olympic coverage. Nice ending to a busy day.

Posted by Unknown at 6:57 AM No comments:

Bandit getting to know the new neighbor dog, Kate.

Posted by Unknown at 6:00 PM No comments: