Agility - Obedience On The Fly 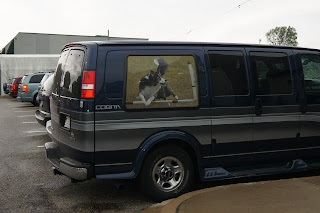 (A die-hard agility dog owner. His border collie was photoshopped on to his van window)

This weekend I'm volunteering in Burnsville for an Agility Trial. The reason it is called "obedience on the fly" is because not only does your dog have to have prestine name recognition (theirs not ours) but all the jumps and hoops they go through are done off-leash. It takes approximately 1-2 years to teach them how to do all the "tricks" for Agility. Unfortunately you won't see my dog for at least a year. He went through the beginner class but I think he thinks his name is "Bandit!" but it's really "mud". He ran through all the obstacles, jumps, tunnels and chutes but he doesn't grasp the meaning of "wait" and he is way to fast for me. We are headed back to Intermediate Obedience Class in August to help me learn more control with him. Speed is not his problem but waiting is.
The Agility Trials this time were  a 3-day event held at an indoor arena in Burnsville called Soccerblast. The volunteers sit on the sides of the arena and do various things like when the dog jumps and knocks the bar down, we re-place it. We also have to change the height of various obstacles since there are large dogs like Lulu, here. 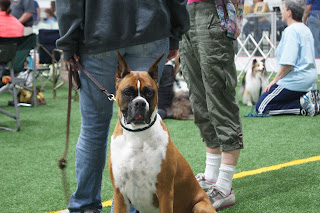 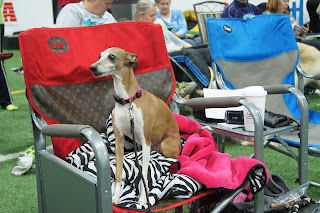 I was someone who puts the bar back on the jump if the dog knocks it down during his run.
There are many other things going on like a gift shop and believe it or not, dog massage 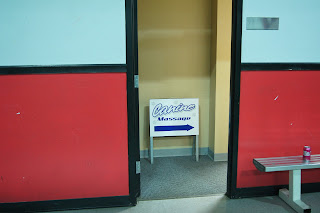 I enjoyed seeing all the comraderie with people and dogs. Sometimes it seems "over the top" but they care immensely about their dogs. 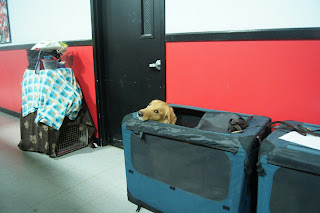 They bring portable cages with lots of blankets for resting and just taking a break. Fans and water were abundant (like the animal barn at the State Fair with all the fans). Some had two dogs to run the trials so they would kennel interchangeably. The gift shops were unbelievable but the volunteers like myself were treated to all kinds of food and beverages as well as free tickets to sign up for a raffle. 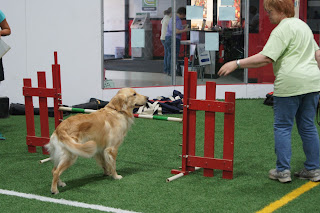 Timers, judges, score sheets and practice time like this lady with her Golden. 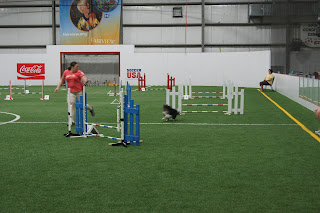 This is a lady running her dog. The timer starts at the first jump and stops when the dog jumps through the last jump. They are judged by speed as well as accuracy. This picture doesn't show it but there are 18 obstacles. Not only the jumps but also teeter-totters, ramps they walk up and then down, tunnels and chutes. You have to know the names of the obstacles and the dog watches you for a hand signal as well. The dog owners walk the route 10 minutes beforehand without the dog to know which way to go (the obstacles are numbered). No treat until the end of the run! And even if they don't complete it or run the wrong way and get disqualified they still get a treat at the end and lots of hugs and kisses! That's my favorite part!
The lady on the far right was a volunteer for bar drops.
It was like deja-vu because it reminded me of all the basketball tournaments Michael and I went to for our kids.

Concession stands, parents (dog owners) milling around waiting for the next event when their child (dog)will be participating.
It was amazing to watch and I hope to do it again, maybe as a participant next time!
Posted by Unknown at 3:35 PM 1 comment:

Agility - Obedience On The Fly

This weekend I
Posted by Unknown at 1:55 PM No comments:

Posted by Unknown at 8:04 PM No comments: 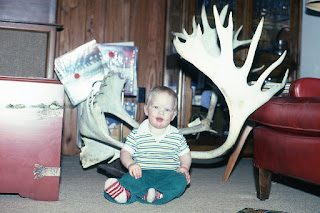 I shed a few tears this morning as my first born turned 30. Bittersweet but wonderful for both of us. Don't know how hard this particular number was for him but it sure makes me feel like life is going to fast. Picking from your many enjoyments and abilities I found two pictures, one old and one recent to post. Since you enjoy outdoor sports so much I decided to post two pictures that show your love of those two passions (actually one is probably partly responsible for your love of these two sports. Happy birthday, David!!! 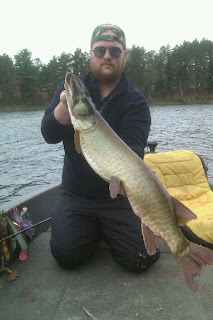