They Drink Alot of Coffee in Hendrum 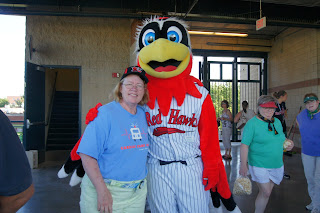 This past weekend I went to Hendrum, MN. No Mall of America, no city buses, not even a grocery store. Just lots of humming birds, flowers, and friends including an occasional rooster.
I got the royal treatment of accomodations with the best bed in the house and found out what something called "coffee time" is. At least I think that's what it was called. I got to hear stories about numerous people and events I knew nothing about but was fascinated by (at least somtimes). I was treated to a Redhawks game on Saturday night and found out that paint stops drying after the 6th inning. I attended their local Lutheran church on Sunday morning with Myra, her sister Bev and Kathy (who might as well be their sister) and had trouble figuring out who the minister was because she didn't dress the part, but her message was great and there was coffee time again after the service. 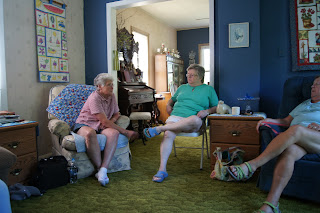 All in all it was a very nice time. I think I'll go and have a cup of coffee and think about the next time I plan to visit Hendrum 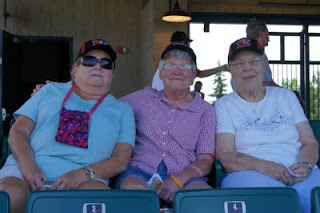